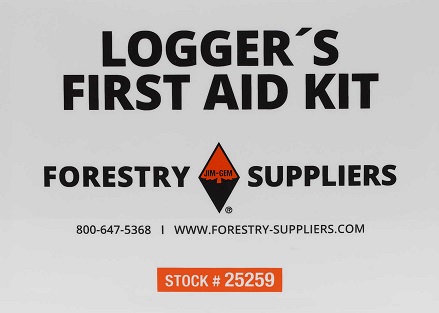 When Jim Craig started this company in 1949, packages wrapped for Parcel Post shipment to customers were loaded on a Red Wagon and pulled to a nearby post office. Today, Forestry Suppliers, Inc. is a direct-mail supplier for natural resource professionals worldwide.

With a graduate degree in forestry and following more than four years World War II service with the United States Army in England, 33-year-old Jim Craig returned to his native Mississippi in 1946 and soon began working with the Mississippi Forestry Commission. On July 1, 1948, Jim Craig hung out his shingle as a Consulting Forester, making him a Mississippi pioneer in that field. Things went well for a while until a business recession in 1949 began to take its toll. Lumber and pulpwood industries were hard hit, and the demand for consulting forestry services took a nosedive.

The economic downturn forced Jim Craig to seek ways to supplement his income. He then got the idea for a new business sideline, which he called Jim Craig's Supply Service. The company's first sale, invoiced February 21, 1949, was for a tree scale stick. The retail price was $1.60, plus Mississippi sales tax of 3 cents. Operating from their home, Jim and his wife, Dorabel, were soon exhibiting merchandise at gatherings for foresters. They used simple brochures to attract new customers. Word-of-mouth "advertising" also came into play. The little business grew.

In December of 1951, Jim and Dorabel set up an impressive exhibit of forestry equipment for delegates at the national convention of the Society of American Foresters held in Biloxi, Mississippi. The response exceeded expectations, and virtually overnight, the business began to spread nationwide.

In 1963, after outgrowing three earlier locations, Forestry Suppliers moved into its own building at 205 West Rankin Street. A major expansion project was completed in 1974, one in 1990, and another in 1995 for a total of over 100,000 square feet of office and warehouse space under one roof.

In August 2018, Forestry Suppliers, Inc. completed the purchase of the Ben Meadows Company®, its longest-term direct competitor in the natural resource supply business. With the late Ben Meadows having begun his career at Forestry Suppliers in 1952 before branching out on his own, this acquisition was a homecoming in many ways. Our top priority is to maintain the values shared by both Forestry Suppliers and Ben Meadows, including a large selection of quality products, fair pricing, fast shipping, generous exchange policies, and free product support to name a few.

About Forestry-suppliers.com - Global b2b trade marketplace's recommend,only on behalf of the views and opinions about B2B Directory, if you have any suggestions , please feel free to contact with us, we will amend and correct them in the first time according your suggestions. More better B2B Websites recomend, Please click here.
Share |
Related B2B Websites in the world
0 Comments
Hot B2B Site